Welcome to the Technion

Many people tell us stories about it, described it such as the success of Israel. It is the place where Israeli Genius are made, the place where innovations grow up to make Israel survive in a such hostile place.
Welcome to the Technion , whom Einstein was one of the funder.

We went to the best place for water research in Israel to meet Dr Raphael Semiat which is an expert in membranes, desalinization and waste water. His pride? He formed more than 80% of the engineer in IDE Technology, the local company specialized in water.

So, he knows well the Israeli context:

Water was always one of the big issue in Israel since its creation in 1948. David Ben Gourion, independence leader, said always that Israel must train against the desert. It is a success if you see all the fruits and vegetables grown in the desert.

During four decades, Israel had two main resources: The Galilea Sea and an aquifer. A huge pipe was built to bring the water from the North to the South and to give water to all the country. Dr Semiat gave us a geopolitical view of water in Israel : With the six-day war, Israel got the source of its water resources: The Golan plateau. 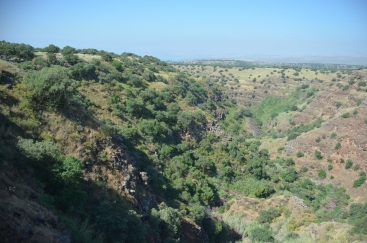 Dr Semiat showed us the evolution of water height in the Galilea Sea during the last four decades. Israel pumped water until the critical limit. Miraculous rainfalls recharged each decade the water resources. But in 2002, no rain! and the situation became critical. So the Israeli state decided to invest a lot of money in the desalinization solution! Now, 80% of the drinking water is provided by this technic and the problem seems to be solved.

Dr Semiat shows us that the place of water is dominating. In the world. Each year, the media wonder «will the water war arrive? ». But the water war has already begun. Turkey built flood barrier on the Tigris and the Euphrates, taking water away from the Syrian farmers.
The lack of water in Syria has ruined local farmers, has made them to go to the cities in difficult conditions. Their poverty has created anger and we know the result.